YA Books by AAPI Authors 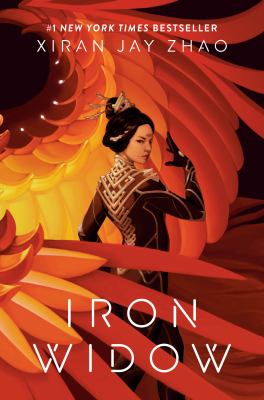 This month’s ReadMHK challenge is to read a book by an AAPI author. As a Filipino-American, I was most excited for this month, both to read books and to celebrate my heritage during national Asian American and Pacific Islander (AAPI) Heritage Month. Finding books with characters to identify with has been a difficult journey growing up. As I’ve gotten older and more BIPOC authors are being published every day, I find more characters that represent me and other Filipinos.

In “They Called Us Enemy” by George Takei, he tells the story of his and his family’s time in U.S. run internment camps. He shows us the discrimination they and many other Japanese-Americans faced as they were deemed “enemies” by presidential proclamation on February 19, 1942. President Franklin D. Roosevelt signed Executive Order 9066 which stripped rights and freedoms of anyone who is of Japanese descent. Takei depicts the realities and choices every Japanese-American had to make from filling out questionnaires to giving up their citizenships. Takei guides readers through his life before, during and after his and 120,000 other Japanese-Americans’ imprisonment in this emotional graphic novel-memoir.

“Internment” by Samira Ahmed is a near future dystopian novel where the US starts imposing similar restrictions Japanese-Americans faced in the 1940s to Muslim-Americans. The novel follows Layla, a 17-year-old who had a normal life until the government started putting more restrictions on her and anyone else who answered yes to being Muslim on the US Census. As more anti-Muslim restrictions were put in place, the government forced her and many other Muslim-Americans into Camp Mobius. She and others organized peaceful protests to show the guards and US government that they won’t be silenced.

If you are a girl born in Huaxia, your destiny is not your own. In “Iron Widow” by Xiran Jay Zhao, 18-year-old Zetian’s family offers her up to become a concubine-pilot, which would earn them money but will almost certainly kill her in the process. To everyone’s surprise, she exacts revenge on the pilot who killed her sister, earning her the title of Iron Widow. In this patriarchal society, women give their lives to support the stronger male pilots of the Chrysalises, giant transforming robots, to keep them all safe from the Humduns, mecha aliens that lurk beyond the Great Wall intent on breaking through. Her power grows, and she is paired with the strongest (and most feared) male pilot Li Shimin. Zetian, Shimin and Yizhi fall in love and form a bond so strong that they can change the system and fight for equality, so girls are no longer sacrificed.

“The Astonishing Color of After” by Emily X.R. Pan is a first-person novel published in 2018. When Leigh Chen Saunders loses her mother with severe depression to suicide, she receives a gift. The gift was sent from the home of her maternal grandparents Leigh has never met in Taiwan. The strange thing about the gift, containing her mother’s favorite jade necklace and letters written in Chinese, is that it arrived with no postmark. Was Leigh sure that she saw a bright red bird fly down and deliver the package? Leigh and her father travel to Taiwan to meet her grandparents and hopefully learn more about her mother and all the places she loved as a girl. Only Leigh knows that the red bird that she still catches glimpses of, is really her mother.

Even though this is the last month for our ReadMHK program, coming soon is our Summer Reading Program with this year’s theme being Oceans of Possibilities. There will be challenges and prizes for kids, teens and adults this summer. Summer Reading sign-up will start on May 23rd.