Book & Media Bundles at the Library

We’re living in a time of incredible change. The COVID-19 pandemic, #Black Lives Matter Movement, census, and presidential election are making 2020 a year for the history books. All of these things have coalesced, forcing Americans to take stock of what’s important and how to move forward.

The library isn’t any different. It’s experiencing an unprecedented time of change. This year was the first time in my nine years at Manhattan Public Library when the library was forced to temporarily close its doors. This closure has not only disrupted services to our patrons, it’s affected our staff’s ability to do their jobs as they normally would. Rather than succumb to the frustration that can be found in change, the library chose to adapt our services to meet the needs of our patrons. We’ve created new services like our carryout service. We’ve digitized many of our services like our children’s storytimes, teen clubs, adult book talks, and library card registration. Other services that were already available digitally, like our digital library materials, personalized reading lists, NextReads newsletters, hold requests, and Summer Reading logs have been expanded. Over the next few weeks, the library will continue to expand integral services. On June 29th, we’ll be increasing the number of items patrons can check out, and patrons will no longer need an appointment to pick up their holds. We will also be offering book and media bundles geared toward children, teens, and adults. Book and media bundles will be a collection of three items connected by a unifying topic or theme. A selection list will be available in the library’s atrium, and the bundles can be requested at the checkout desk.

To kick off the library’s book and media bundles, we’re offering the following bundles:

The Culturally Diverse Mysteries book bundle features titles with characters from various countries with a variety of genders, sexual orientations, backgrounds, problems, and experiences. If you’re interested in protagonists solving enigmas in strange locals, then this bundle is for you. It features titles like Deepa Anappara’s “Djinn Patrol on the Purple Line,” that delves into a crowded Indian market to follow young Jai as he uncovers why his classmates are disappearing at an alarming rate. “The Missing American,” by Kwei Quartey, introduces Emma Djan, a Ghanaian private investigator on her first case, who is on the hunt for Gordon Tilson, a middle-aged American widower, who disappeared in West Africa after meeting a young Ghanaian widow in an online support group. “This Town Sleeps,” by Dennis E. Staples follows Marion Lafournier, a mid-twenties gay Ojibwe man, who struggles with being openly gay in a small town as he uncovers what happened to a murdered seventeen-year-old Ojibwe basketball star.

The Home Again Romance book bundle features titles whose characters have returned home and found love. If you’re a fan of gentle contemporary romances, then you’ll be sure to enjoy these books. In “Home With You,” by Liza Kendall, Julie Riggs, an aspiring ranch owner, grapples with an old flame, Rhett Braddock, as he returns home to mend fences and buy her family’s ranch to save them from financial ruin. Kristan Higgins’ newest title, “Always the Last to Know,” follows the Frosts sisters, Sadie and Juliet, as they return home to help tend to their ailing father. While both sisters are extremely successful in their careers, they struggle with relationships. Sadie, a New York City art teacher rekindles her first love; while Juliet struggles with feeling a failure as a mother and wife. In “The Billionaire in Boots,” by Julia London, Nick Prince returns to his family’s ranch to find office manager, Charlotte Bailey, who’s been tasked with helping him rescue the ranch. Nick wants to save the ranch and leave, but his attraction to Charlotte is giving him other ideas.

To request one of these bundles, please contact the library at refstaff@mhklibrary.org or 785-776-4741 ext. 300. If none of these books caught your interest, we’ll have more available in the library atrium when you come to pick up your holds. If you are interested in personalized book recommendations based on your interests, consider filling out a personalized reading list request form, which can be found on our website at https://mhklibrary.org/personalized-reading-list-2/. We’ll curate a booklist just for you.

Ms. Hannah reads new versions of two classic fairytales, one with superhero pigs and another with a poisoned book.

Hear a wiggly story about cows and chickens with Ms. Laura and her puppet friend Bobo the monkey. 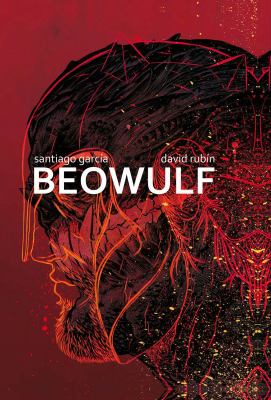 It’s a wonderful, old epic and one of too few examples of literature written in Old English.   Experts don’t know when it was composed or by whom, but they believe it to have been written around the year 1000.  It’s the tale of a Scandinavian hero who makes a sea journey to the hall of the Danes to fight a marauding monster called Grendel.  “Beowulf,” the name of the both the hero and the poem recording his adventures, is one of our oldest English classics.

Of course, the circumstances and customs are far removed from our own, but an outstanding graphic novel, illustrated and retold by Santiago Garcia and David Rubin, is an excellent depiction of the story which brings the tale to life. Filled with grisly images of battle, “Beowulf” is a thrilling and violent testimony to the nature of the poem.  The cursed hall, the mother’s revenge, and the final struggle are all here in colorful panels.

For another look at a treasured epic, try Homer’s poem, “The Odyssey,” retold and illustrated by Gareth Hinds.  This marvelous adventure follows the trials that Odysseus and his men suffered on the voyage home from the siege of Troy.  It opens with Odysseus’s son bemoaning the greed of his mother’s would-be suitors, who freely feast on the family’s bounty.  From there, we follow the treacherous voyage through perils like the hungry cyclops, whom Odysseus must blind in order to avoid becoming a meal.

What’s remarkable about this illustrated version is the lavish attention to characters and to action-filled scenes.  Many of the panels are truly beautiful, especially the ocean views, while others, like Odysseus’s encounter with his deceased parents, are shadowy representations of ghostly figures.

Hinds has also created a graphic novel adaptation of some of Edgar Allan Poe’s more familiar works.  Entitled “Poe:  Stories and Poems,” the book is a lavishly-illustrated tribute to the eerie literature we all love.  “The Tell-Tale Heart,” for example, has an unsettling depiction of the soon-to-be victim’s eye, and the stealth of the murderer is drawn in dark blue panels.  The final revelation conveys all the horror of the crime hidden beneath the floor.

Hinds’ illustrations of “The Raven” are also compelling.  This time, he uses full-page artwork to accompany lines of the poem.  In fact, his drawing of the raven subtly blends skulls and skeletal hands into the feathers of the bird, and the final page features Poe’s grave with raven atop the stonework.

Ready for another famous tale?  Try “The Complete Don Quixote,” originally by Miguel de Cervantes, but illustrated and adapted by Rob Davis.  We see the famous old gentleman reading books of the lost days of chivalry.  While he desires to write a book about chivalry, he suddenly discovers that he can become an adventurous knight, and off he goes to begin his hilarious adventures.  The dialogue of the book and the constantly changing facial expressions make this graphic novel a standout.

This last graphic novel is not dedicated to a single work of literature: it is a compilation of some 25 famous poems, each illustrated in a different fashion.  Artist Julian Peters created the exquisite “Poems to See By” as his own interpretation of each poem. The lines of “Caged Bird” by Maya Angelou, for example, are written on panels that appear to be quilt blocks, so the lines dance across the page.  Peters’ drawings that accompany “Musee des Beaux Arts” by W.H. Auden are incredibly detailed, especially his depiction of Brueghel’s “Landscape with the Fall of Icarus,” which has the requisite bystanders missing the splash into the ocean.

Each of the books mentioned above is beautifully executed, but they are mere samples of the many talented offerings available for you.  In you have not already done so, please explore the graphic novel selections the library offers.

Ms. Laura is celebrating birthdays and parties with her puppet Bobo the monkey.

Real and imaginary creatures can be found in stories around the world. Ms. Rachel shares an adaptation of a folktale from Zambia.

Giant animals and tall tales are fun to discover. Ms. Arielle reads a story about a giant who loses his pants!

A magic wand can do so many things, including turning a dog into a dragon…or something close to a dragon! Stories about magic chickens, wizards, and wands are featured in Ms. Hannah’s storytime.

Dragons can cause so many problems in a kingdom! Ms. Arielle reads a story about a mischievous dragon and how the people handled it.

Imagine what you could do with a stick and a box! Ms. Hannah reads stories about being creative with everything around you.