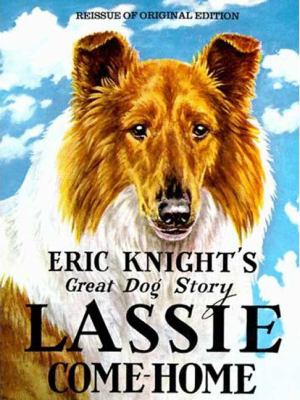 All Creatures Great and Small

My first hardcover book, Eric Knight’s Lassie Come-Home, kindled in me a love of animal stories that has never gone away.  As a child growing up without a local library, I had mostly read comic books (at ten cents apiece) and Little Golden Books.  Lassie influenced my reading choices from then on and I still display my original copy on my piano at home.  The titular Lassie is prize collie and companion to young Joe; when Joe’s father loses his job, they have to sell the dog.  She escapes her new owner three times, fighting great odds in the highlands of Scotland to return to her place waiting outside school for Joe.  I begged for and eventually received a collie of my own – of course named “Lassie.”

Our close relationships with pets and other animals have inspired many great animal stories and also inspired excellent movie adaptations.

The Incredible Journey, by Sheila Burnford, is an incredible tale of a cat and two dogs braving a 250-mile journey to rejoin their family.

The Call of the Wild, by Jack London, stirs a longing for adventure and the unique relationship between dog and man. London’s descriptive, yet natural writing can make you feel like you, yourself, are on the snowy flats in Alaska pulling a heavy sled. The dog, Buck, is torn from a comfortable home to face abuse and hardship as a Klondike sled dog and eventually returns to the wild.

Reading Anna Sewell’s Black Beauty, a classic story told from the horse’s point of view, led me to a great series by Walter Farley, entitled, The Black Stallion.

The Art of Racing in the Rain, by Garth Stein, tells the story of a man and his dog, also narrated from the dog’s point of view; it has been adapted to children’s stories, as well.

Another canine narrator, Bailey, journeys through multiple lives, often humorous and emotional, in A Dog’s Purpose, by W. Bruce Cameron.  Bailey wonders, each time he wakens in another place, if there he will find a purpose.

Richard Bach’s Jonathan Livingston Seagull, focuses on a single gull, but his journey to think and fly differently than the rest of the flock, may be a lesson for us.

Imagined stories and tales are wonderful, but sometimes the true stories are even more remarkable.

All Creatures Great and Small was my first James Herriot book.  I first read it during a trip with friends, and I broke out laughing so many times that they insisted I read aloud.   Herriot’s descriptions of his experiences as a young veterinarian in 1930’s Britain are alternately touching, funny, and sad.  Herriot wrote three more volumes which became a PBS series.      .  Check out the DVD at Manhattan Public Library. His son, Jim Wight, has added a memoir.

Dewey the Library Cat by Vicki Myron, is the true story of an abandoned kitten found by a librarian one morning in the bookdrop. In time, Dewey transformed that small library through friendships made during his 19 years at the library.

A parrot that talks – and listens? Alex & Me  by Irene Pepperberg relates how a scientist and a parrot uncovered a hidden world of animal intelligence—and deeply bonded in the process for over thirty years.

The Man Who Listens to Horses is the true story of Monty Roberts, a horse trainer who helped pioneer nonviolent methods of breaking in and training horses.

A Street Cat Named Bob: And How He Saved My Life, by James Bowen, tells of how a stray street cat helped a struggling street musician and recovering heroin addict turn his life around. The ginger tomcat Bob and James appear in YouTube videos, and a DVD you may check out at Manhattan Public Library.

Writers around the world have penned countless animal stories and memoirs.  I read many genres – westerns, romance, biography – but animal stories offer me special joy, and I eagerly read a wide assortment of books as they become available at Manhattan Public Library.