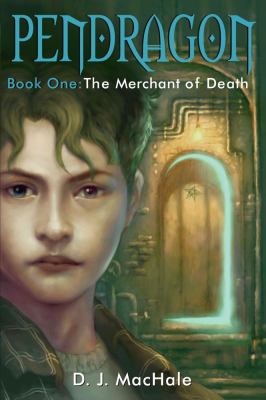 If you love to lose yourself in a good book, chances are during at least one point in your life you have experienced book-withdrawal. This can happen when you have recently finished a really good book or series or are waiting for the next book in a series. As a lover of all things fantasy I have fallen for new worlds, creatures, and characters multiple times and am more than familiar with book-withdrawal.

The first time I experienced it was when I had to wait for Harry Potter and the Half-Blood Prince, book six in J.K. Rowling’s famous series. It has been years and the phenomenon still rages. I see evidence of that with the young readers I have the honor of assisting every day in their quest for interdimensional travel. I see the same panicked look in parents’ and children’s eyes that I once had. What should they read next? Here are a few of my go-to suggestions:

The “Pendragon” series by D.J. MacHale –In book 1, The Merchant of Death, fourteen year old Bobby Pendragon unintentionally discovers another dimension, Denduron, and fights to accept not only the existence of other worlds besides Earth, but also the important role he now has to play.

The “Keys to the Kingdom” series by Garth Nix –Arthur Penhaligon, a seventh grader in book 1, Mister Monday, is given an odd key shaped like the minute hand of a clock. Mister Monday sends dog-like creatures to take the key. As Arthur battles Mister Monday and his creatures, he encounters many strange, new creatures and discovers there is much more to his world than he thought.

The “Percy Jackson and the Olympians” series by Rick Riordan –Percy Jackson and the Lightning Thief, book 1 in the series, is about a boy named Percy who struggles in school until his mother takes him to Camp Half-Blood, a summer camp for demigods, and he finds out his father is Poseidon the sea god. He makes friends with a satyr and a daughter of the goddess Athena and together they leave Camp Half-Blood on a journey to prevent a battle between the gods.

The Hobbit, or There and Back Again by J.R.R. Tolkien –Bilbo Baggins is a hobbit leading a normal and comfortable life until Gandalf the wizard and a group of dwarves arrive at his hobbit-hole home one evening. They convince him to join them on a quest to rid The Lonely Mountain of the dragon Smaug and reclaim the treasure and the once-great dwarven kingdom of Erebor.

The “Redwall” series by Brian Jacques –In Redwall the first in the series, the peaceful mice of Redwall Abbey are fearful that the rat Cluny and his dreadful followers are preparing to take siege. The fate of the abbey lies on the shoulders of a young apprentice, and his quest for the great sword of Martin the Warrior.

The “His Dark Materials” series by Philip Pullman –Book 1, The Golden Compass is about the journey of Lyra Belacqua and her daemon Pan, an animal companion with whom she shares a soul, as they travel into the Far North to rescue children like herself who have been kidnapped.

“The Chronicles of Narnia” by C.S. Lewis –Peter, Susan, Edmund, and Lucy are four siblings who, in The Lion, the Witch, and the Wardrobe, accidentally stumble into another world known as Narnia, a beautiful land full of magic and magical creatures that has been cursed by the White Witch to be always winter but never Christmas.

If you do find yourself head-over-heels and stuck on a good book and you can’t bring yourself to open another, I have two more suggestions for you. Look for other books by the author. They may not have the same characters you love, but they may still give you a sense of security through a familiar writing style. And my personal favorite, you can recommend your book to a friend. Misery loves company…just kidding.