A Day in the Virtual Life of a Library Card 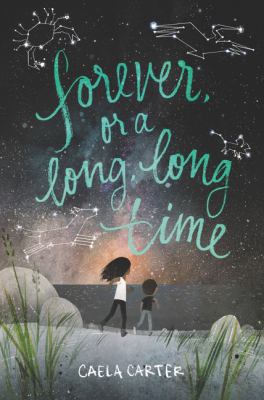 On average, about 980 people visit our library every day. But did you know that 13 percent of our checkouts actually happen outside the library using our digital resources to check out eBooks, audiobooks, movies and music? September is Library Card Sign-Up Month. If you don’t have a library card, you might be missing out.

The other day, I realized I had requested items, downloaded books and checked out a movie without ever needing to be in the library. Here’s the virtual path my library card took:

My first use was to place a hold on Mary Robinette Kowal’s The Calculating Stars, which was recommended by a coworker. It’s an alternate history taking place during the 1950’s space race when a cataclysmic disaster suddenly means that a lot more humans will need to attempt to leave the planet. This time, women won’t be left behind. Their cause is led by Elma York, a former WASP pilot and a mathematician for the space program, who will make sure that she and other women will be part of the astronaut team. After being inspired by Hidden Figures, I knew this would be a fun way to satisfy my need for both sci-fi and girl power. From the library webpage, I looked up the book, and chose “Place Request,” typed in my card number and password, and viola, I am next in line for the book.

Reviews of the The Calculating Stars mentioned a sequel, The Fated Sky, but I didn’t see it when I searched the online catalog. I clicked on “Suggest a Purchase” at the top of the page and put the sequel’s information in a form to suggest that we order a copy for the library collection. I’ll be first on the waiting list for that one.

The next stop for my library card was at the doctor’s office waiting room. I looked to see what I could start reading on my favorite library app, Hoopla. It’s super easy to use and there are no waiting lists. Forever, or a Long, Long Time by Caela Carter is on this year’s William Allen White list for 6th-8th graders, and it popped up as one that I checked out previously. I borrowed it by clicking “resume,” and it picked up where I had left off a few weeks ago. The story immediately sucked me back in as I became wrapped up in Flora’s language and thought process.

Flora, a former foster child with a traumatic early childhood, adopted by a mother she thinks of as “Person,” is trying to pass fourth grade for the second time. Sometimes her words come out right, when she has enough time, and Ms. K and Person let her explain. Her story is heart-wrenching and fascinating, even as it is pieced together disjointedly.

When I got ready to take an evening walk, I checked Libby on my phone to see what audiobooks were available for me to listen to. Libby is the name of the app that gives easy access to the Sunflower eLibrary titles, a consortium of several libraries, including Manhattan Public, with digital resources. Not in the mood to start a second gripping novel for the day, I looked for something light and funny, and landed Southern Lady Code by Helen Ellis. Ellis, author of American Housewife, writes with the self-deprecating, witty, sometimes shocking humor of a party storyteller. In case you are wondering, Southern Lady Code is “a technique by which, if you don’t have something nice to say, say something not-so-nice in a nice way.” For example, if someone were to say Helen Ellis’s husband married a creative woman, “’creative’ is Southern Lady Code for slob.” I ended up taking a longer walk than usual, just for the entertainment.

Later, I looked through the library’s newest downloadable movie app, Kanopy, marveling at how the library has expanded in the number of choices and accessibility through all the digital resources. Mr. Rogers: It’s You I Like came up as an option. I knew the DVD was in the library collection as well, but I was able start watching it immediately on my phone.

Former First Lady Laura Bush once said, “I have found the most valuable item in my wallet to be my library card.” Considering what it would cost to purchase the materials I borrowed in a single day, I would say it is true for me. This is one card you definitely want in your wallet.